首页 > 雅思口语提示卡 > Describe a historical event that you find interesting.

Describe a historical event that you find interesting. 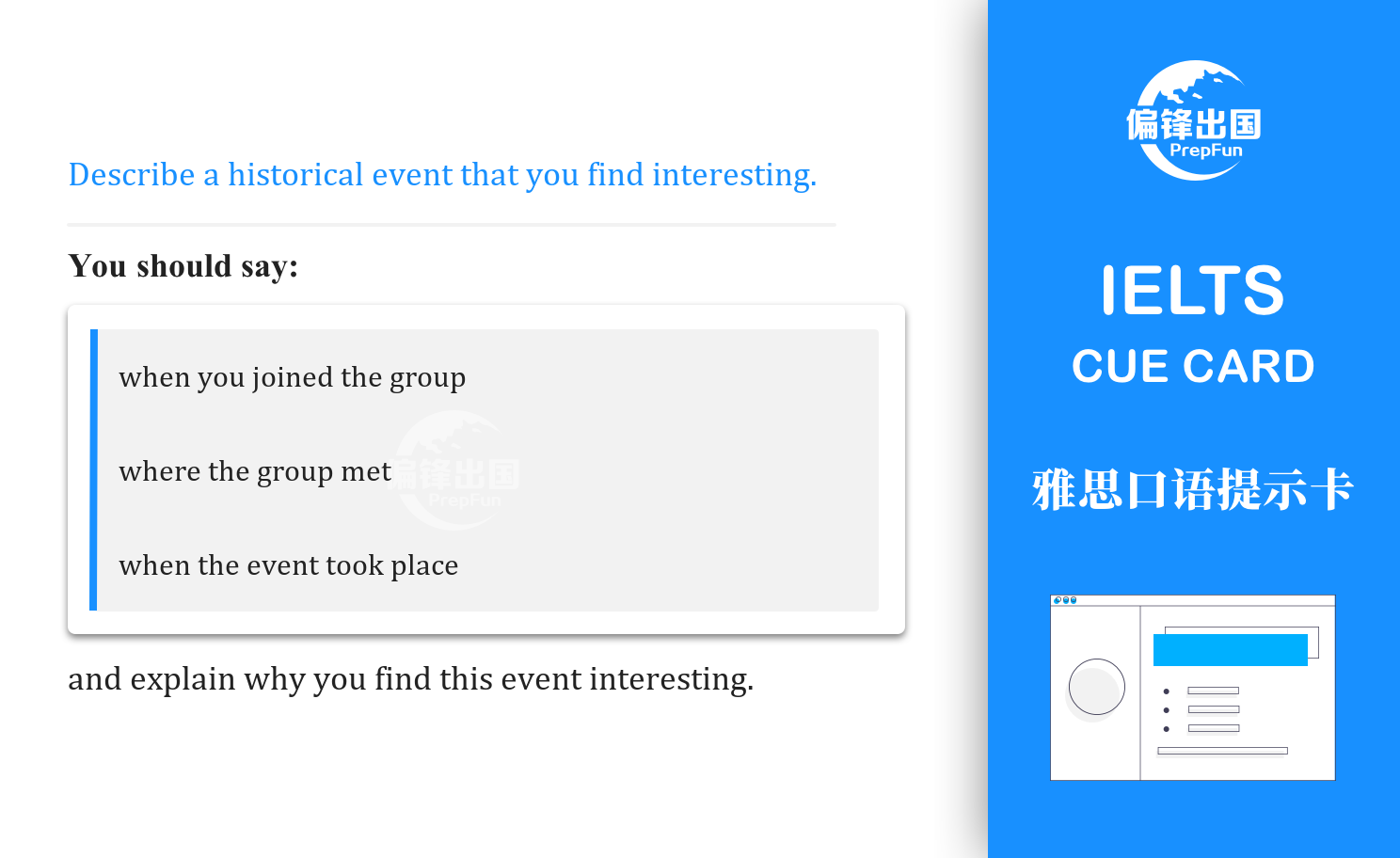 Describe a historical event that you find interesting.

and explain why you find this event interesting.

The world has witnessed many historical events from the beginning of its existence. While all of these events have impacted our world in one way or another, there are very few events as important as “The French Revolution” that swept the world with all sorts of dramatic changes.

Now, to understand the French revolution, that took place between 1789 and 1799, one has to have some ideas about the situation that was prevailing in France between 1789 and 1799, as well as preceding that era. In fact, the common French people were outraged with the fact their king Louis XVI and his predecessor left the country completely bankrupted by getting involved in the American revolutions during the mid 18th century, as well as by extravagant and unnecessary spending by their administration. On top of that, two decades of poor harvests prior, drought, cattle disease and skyrocketing bread prices prior to that had kindled unrest among peasants and the urban poor among the French people.

Many expressed their desperation and resentment toward a regime that imposed heavy taxes – yet failed to provide any relief – by rioting, looting and striking. And, it was in this context that the French revolution had taken place. Anyway, the event has tremendously impacted the world history because it was after this revolution the growing exodus of nobles from the country took place, ultimately leading to the abolition of feudalism on August 4, 1789.

Anyway, this event is a very important and interesting one because it is after this revolution that the charter of declaration of the Rights of Man and the Citizen was adopted by all the progressive forces around the world in light of democratic principles, grounded in the philosophical and political ideas of Enlightenment thinkers like Jean-Jacques Rousseau. Besides, this event essentially and practically plucked out the oppressive monarchy system in whole Europe.  Besides, it had also helped people enjoy better life in terms getting better jobs and better education. The French revolution helped the entire world to move forward by leaving all kinds of old ideas behind.