首页 > 雅思口语提示卡 > Describe a TV or radio presenter you know about.

Describe a TV or radio presenter you know about. 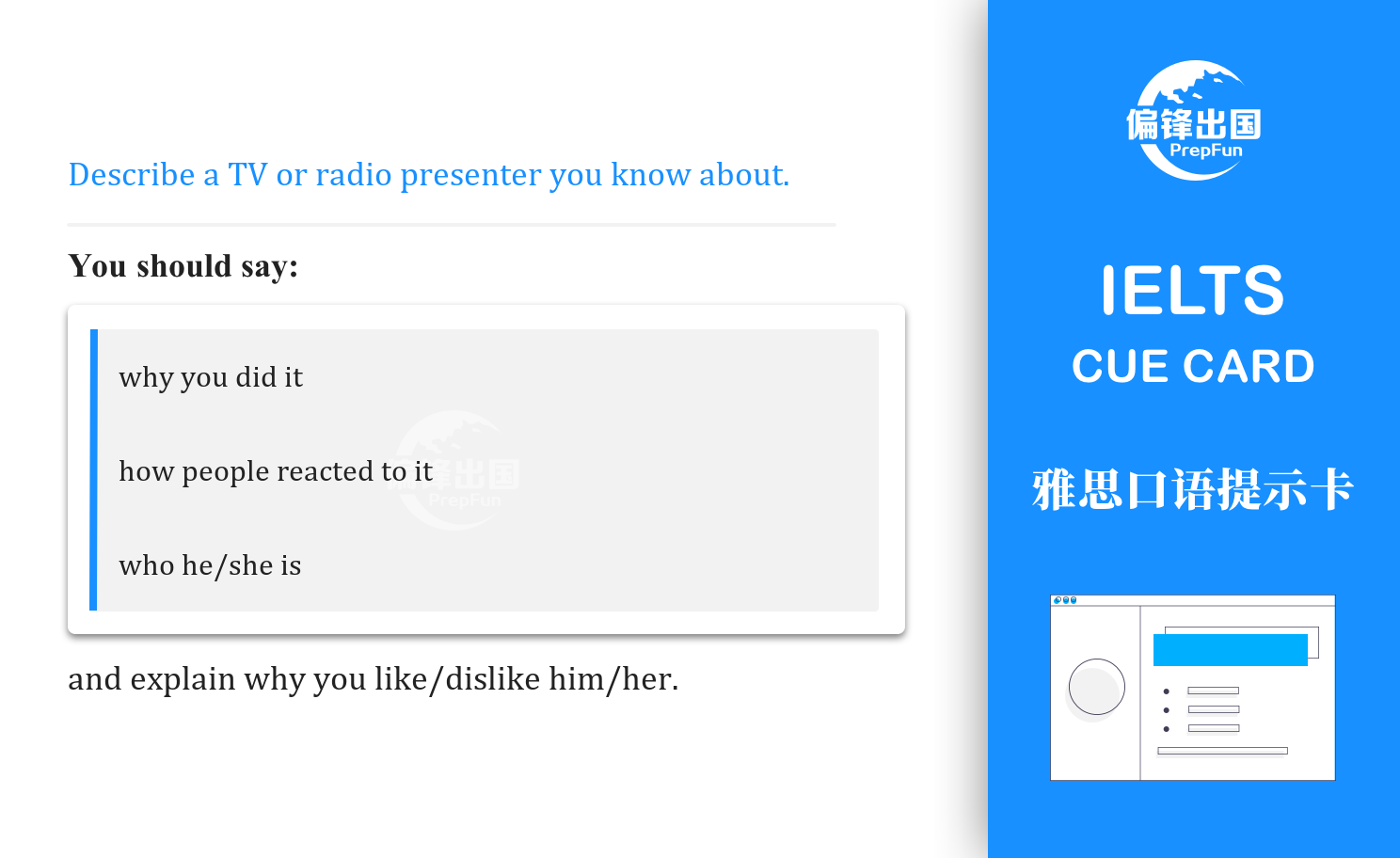 Describe a TV or radio presenter you know about.

and explain why you like/dislike him/her.

No doubt that TV is one of the most wonderful tools for entertainment in today’s world. But, it can’t do any wonder just by itself. It needs several performers and artists to actually make it work, and a TV presenter is one such performer who undoubtedly plays an important role in making things interesting for us. Anyway, today, I would like to talk about one such TV presenter whom I know and admire a lot.

The name of this TV presenter is Jon Stewart.  Being born in 1962, Jon Stewart started his career as a stand-up American comedian from 1993. Since then, he never really had to look back as his career as a TV personality only grew more and more popular among his audience while hosting shows like “The daily show” (an American late-night talk and news satire television programme, describing itself as a fake news programme.

The Daily Show draws its comedy and satire from recent news stories, political figures, media organizations, and often uses self-referential humour as well), The comedy Central (also an American pay television channel which is geared for mature audiences and carries comedy programming in the form of both original, licensed, and syndicated series, stand-up comedy specials, and feature films).

Jon Stewart, one of the most popular and prolific TV presenters of the modern times in my opinion, also hosted a show called “The John Stewart Show”, which also was a late-night comedy show.  Anyway, Jon Stewart has his own way of presenting his shows, which seems so controversial and yet so articulate in substance and appeal.

Anyway, I like Jon Stewart, primarily because I have never really seen any other TV presenter or personality to bring the “truth” out in such satirical and cruel fashion. I also like the fact that when he presents his comedy, how somehow manages to keep his audience dead quiet in front of him with his extraordinary charm and wit.  I also like him because he is a multi-talented person. In fact, he is only a stand-out comedian but also a director, producer, writer and political commentator.

上一篇：Describe an adventurous thing you did when you were a child.
下一篇：Describe a group or a club you have ever joined.