首页 > 雅思口语提示卡 > Describe a piece of advice you gave to someone.

Describe a piece of advice you gave to someone. 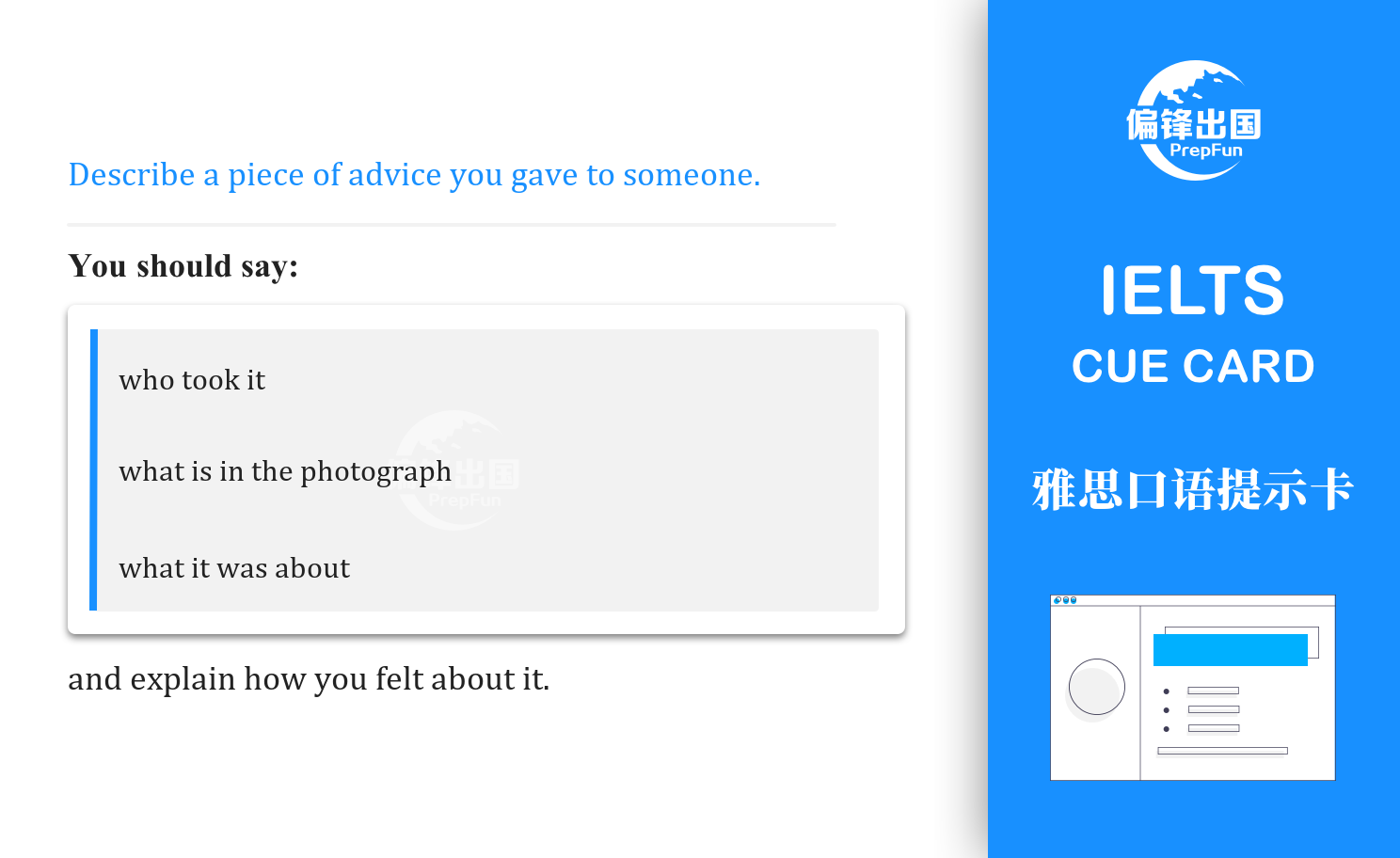 Describe a piece of advice you gave to someone.

and explain how you felt about it.

I never really considered myself to be in a position to provide any kind of advice to anybody. In fact, it always would be the other way around because many times, it was actually me who needed advice from other people. So, when my one of my junior cousins asked me about whether to join a football club or not about 10 years ago from now, I felt pretty dumb because I just didn’t know what to suggest.

But, then I gathered my thoughts (as I didn’t want to look stupid in front of my junior cousin) and told him that he should have joined the football club. Needless to say, it was for the first time that I actually gave someone a piece of real advice. But, after giving that advice to my cousin, I became a bit worried and nervous, because I just didn’t know how my uncle would react to it. In fact, when I also showed some interest in playing any kind of sports in the past, my uncle vehemently opposed the idea since, according to him, it would jeopardize my study and education.

So, naturally, I thought that my uncle wouldn’t exactly favour my advice as far as the issue of telling his son to join a football club was concerned. But, I also prepared myself to argue with my uncle, should he demand some kind of explanation from me on offering the advice. But, then, to my pleasant surprise, nothing of that sort really took place. In fact, my uncle actually asked me to find a good football club for his son so that he could practice some good football.

Anyway, even though, I was initially nervous about giving that advice to my cousin, I felt really good later on because, after all, my uncle had finally understood the value of getting involved with different kinds of sports for health benefits. I also felt a bit proud of myself because someone (my cousin) thought that it was actually worth asking a person like me for some advice, no matter how important or generic the advice really was.

上一篇：Describe a photograph that you remember well.
下一篇：Describe an adventurous thing you did when you were a child.