首页 > 雅思口语提示卡 > Describe a photograph that you remember well.

Describe a photograph that you remember well. 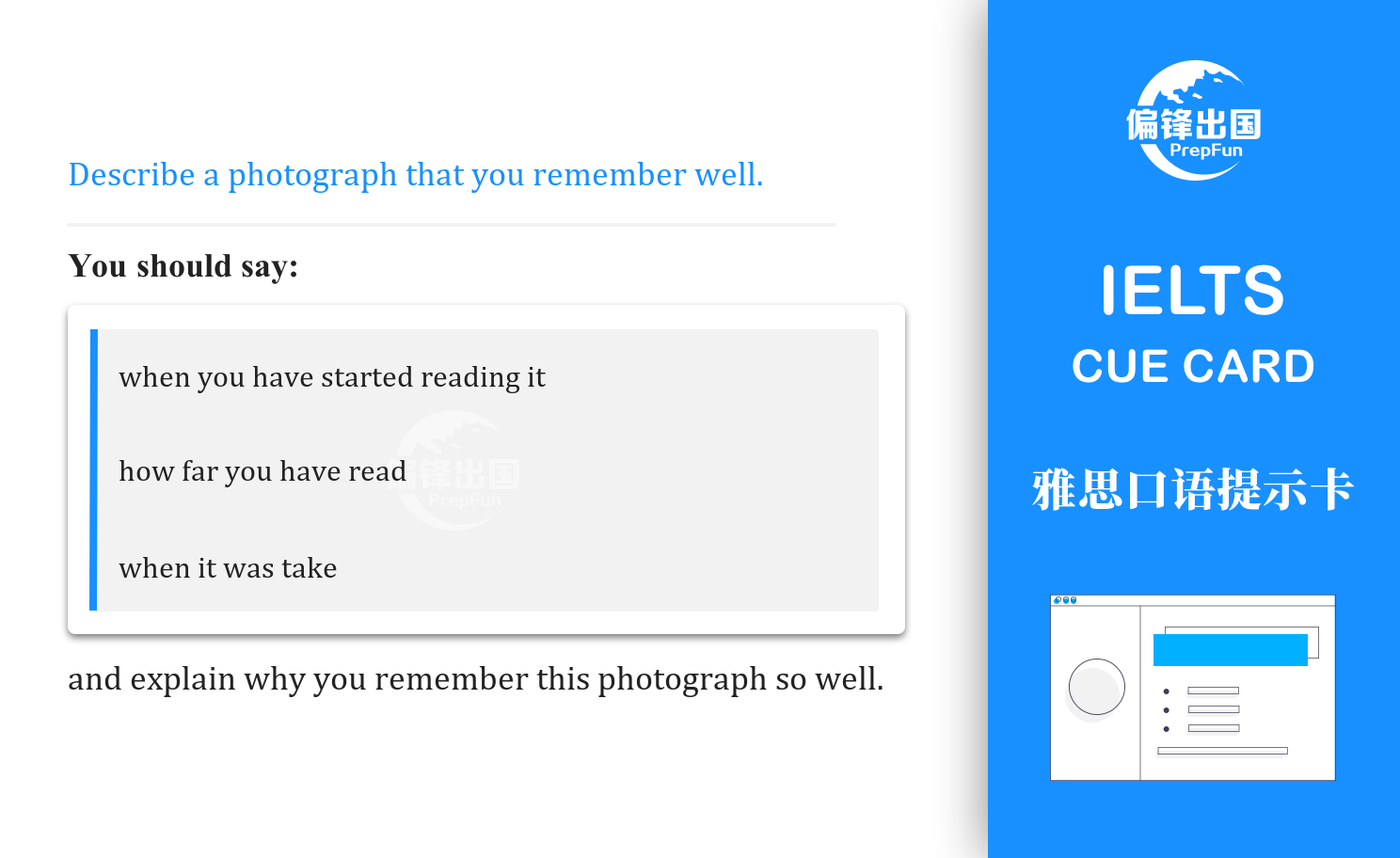 Describe a photograph that you remember well.

and explain why you remember this photograph so well.

I want to talk to you about a favourite photograph of mine. I’ll explain when and where it was taken and why it is important and memorable to me.

The photograph is quite old now. I took it myself using what would now be thought of as an old-fashioned camera with traditional film. I can’t remember exactly what year it was, but it was probably around 2005. The photograph is of my uncle and aunt with their daughter, my niece. My uncle was born in the UK but ended up working in America, eventually taking American citizenship. I didn’t get to see him very often. Unfortunately, just before this photo was taken my uncle found out he was very ill, so I travelled out to America to visit him and his family, knowing that I might not get the chance to see him again.

Because it was my first time in America, they took me out and about to see the sights. The photograph was taken on a day we went to New York. It was pouring with rain, and really blustery. In the picture, my uncle and aunt are both holding black umbrellas, and the one my uncle is hanging onto has turned inside out in the wind. My niece, who was probably in her late teens then, is standing between them, and they are all laughing because the torrential rain had thoroughly drenched everyone. In the background is a yellow cab, and the streets are awash with water. It ought to have been a miserable day, but we had to see the funny side because the atrocious weather was so extreme, and it was madness for us to pick such a day to go exploring in the city!

I really like the photo because in it everyone looks happy and relaxed. Although the photo was a bit posed – they knew I was photographing them, the weather was so appalling it has a spontaneous feel to it, my relatives were reacting to the rain rather than to me the photographer. It was also incredibly lucky that the photo came out so well. In the days before digital cameras, you would just take one snapshot of an occasion and hope for the best. This is a brilliant photo, it’s flattering everyone, and captures each individual animated and amused by the elements.

I have very few photos of my uncle, but I keep this one of him with his family on display in my flat. It reminds me of a really happy time and is how I want to remember him too. Looking at the photo makes me smile rather than feel sad – he looks so joyful with his family - and what better way to celebrate someone’s life than to remember them with affection, laughter and celebration long after they have gone? This photograph is special, as it enables me to do that every day!