首页 > 雅思口语提示卡 > Describe your favourite song or piece of music.

Describe your favourite song or piece of music. 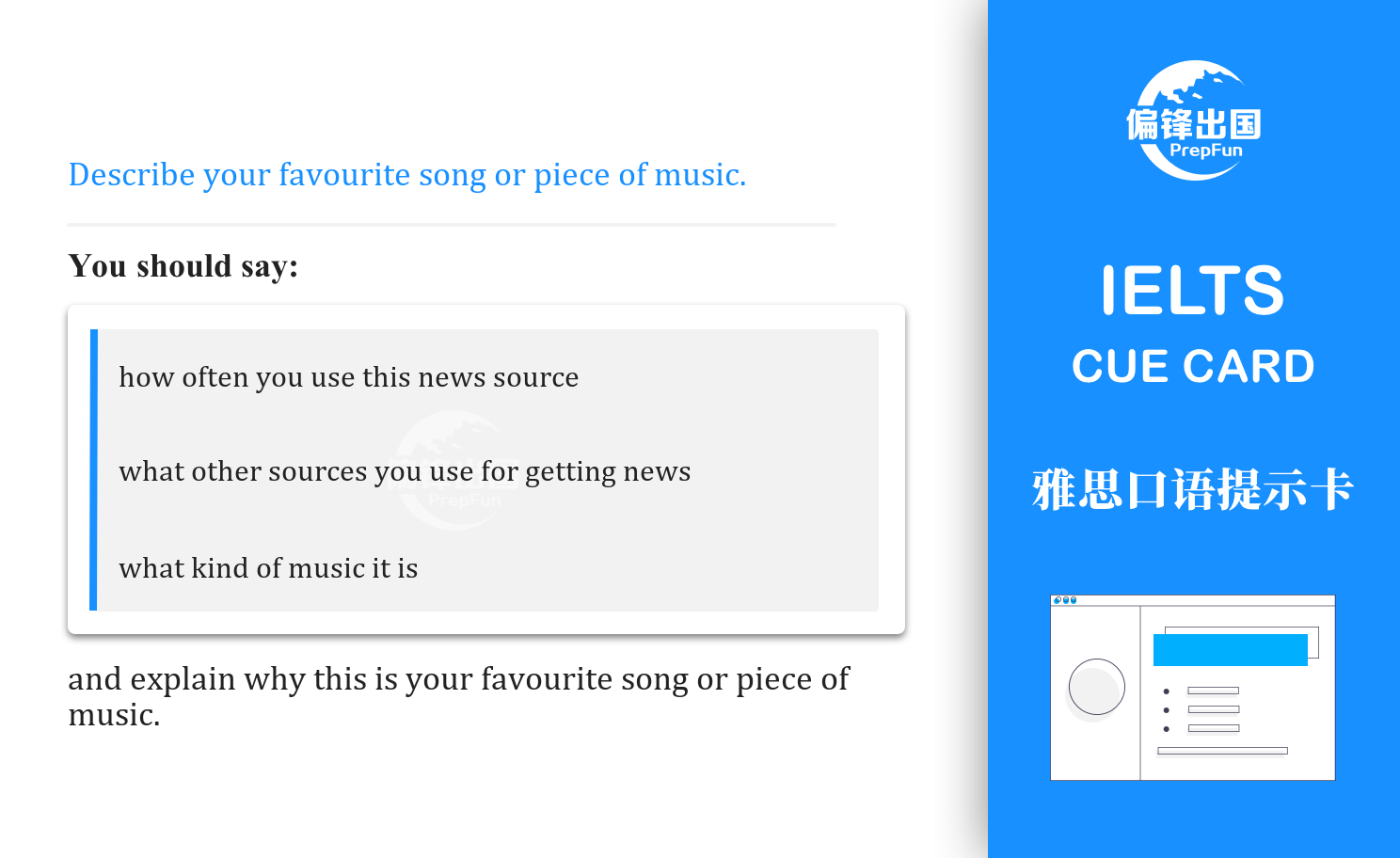 Describe your favourite song or piece of music.

and explain why this is your favourite song or piece of music.

I have always loved listening to music – good music that is - because I consider them to be the food for my heart and mind. Anyway, while I like to listen to music from all kinds of genre, I prefer soft rock the most, and today I would like to talk about one such music which I have loved since the day I heard it for the first time.

The song, I am talking about, is titled “I Just Can't Stop Loving You” which was sung in 1987 by the legendary singer Michael Jackson.  It is actually a ballad duet of Michael Jackson and Siedah Garrett, and was the first single released from his seventh album, “Bad”. The song was written by Jackson, and co-produced by Jackson and Quincy Jones. Later, this song reached number one on the Billboard Hot 100, RB Singles and Adult Contemporary charts, making it the first in a string of 5 number-one single.

This song became so popular that Michael Jackson and Siedah Garrett recorded a Spanish language version of this song as well as a French version. Anyway, after listening to this song for the first time, I recorded it on audio cassette before almost 15 years ago and since then, hardly a week goes by when I don’t listen to this song at least once. This is such a piece of mild and soft music with such a great tune that every time I listen to it, I feel like I am taken to a world of dream where there is no sadness or cruelty.

Anyway, this is one of my most favourite pieces of music because the lyrics in this music are so easy to understand and follow. Besides, Michael Jackson seemed to have given all his heart and musical talent in order to make this song a success story. On top of that, I also felt that he wanted to provide us with a very strong sense of heavenly appeal with this extraordinarily melodious song that he was here on earth to serve a very specific purpose, and that was to spread love instead of hatred and cruelty.

上一篇：Describe your favourite news source.
下一篇：Describe a hobby that one of your friends has.