首页 > 雅思口语提示卡 > Talk about a musical instrument you would like to be able to play.

Talk about a musical instrument you would like to be able to play. 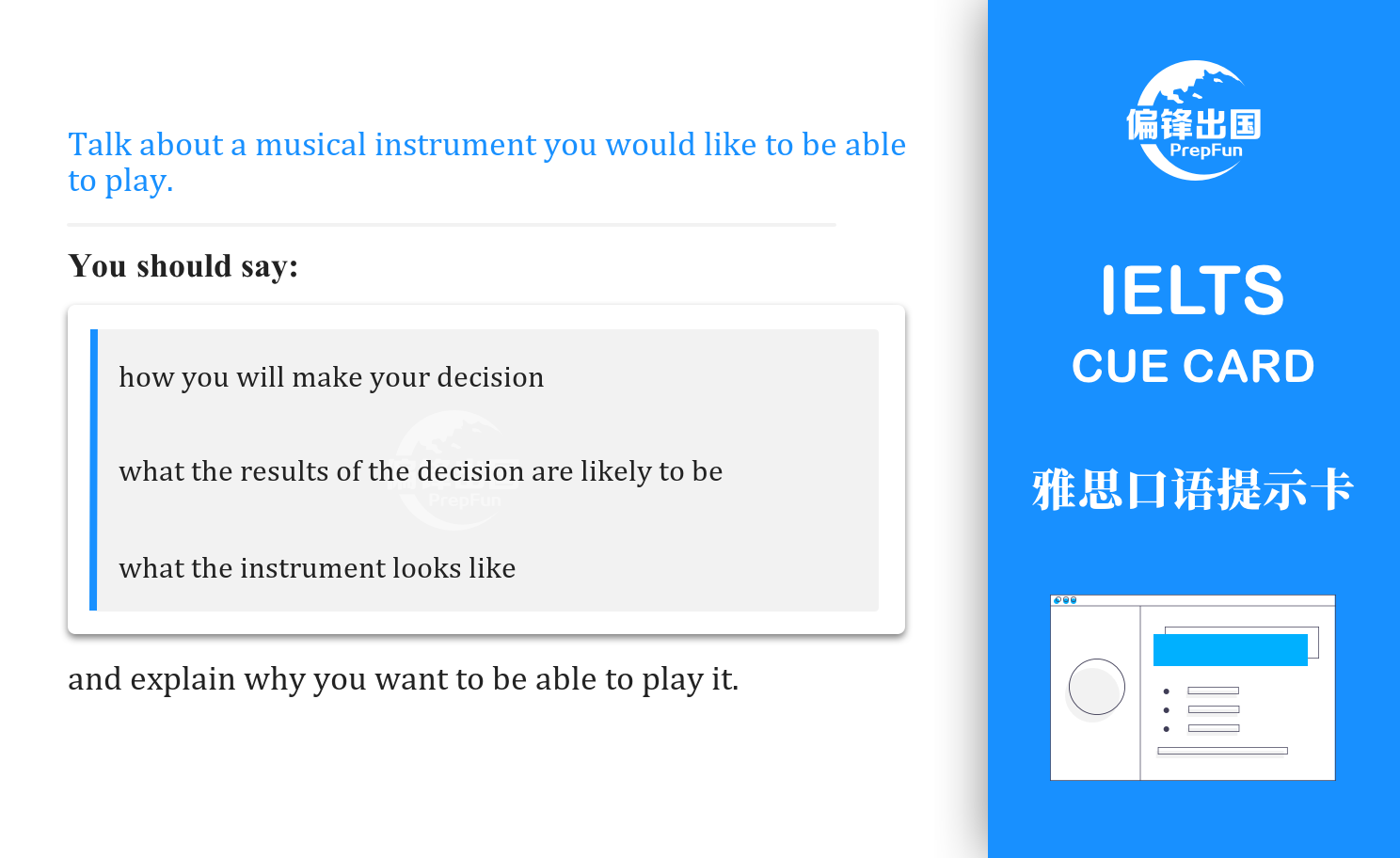 Talk about a musical instrument you would like to be able to play.

and explain why you want to be able to play it.

I said “any kind of guitar” above because people can be seen to be playing 3 different kinds of guitars, and they are called acoustic, electric and bass. Anyway, I am pretty sure that most of us know what a guitar looks like. But, just to refresh our memory once again, it is a type of chordophone or fretted (a long fretted neck that is) musical instrument which is traditionally made from wood and has six strings. Of course, a guitar can also have a different number of strings such as four, seven, eight or eleven.

The strings of a guitar can be made from either gut or nylon or steel. It has incurved sides, flat wooden soundboard and ribs, and a flat back. And as far as its sound is concerned, it is projected by its vibrating strings acoustically through the air. As one plucks the strings of a guitar, the wooden body of the guitar vibrates. The air inside the body vibrates too, and it's the vibrations of the wooden body and the air that amplify the string sound so we can hear it.

This musical instrument is popular among all kinds of musicians, but they are particularly popular among popular rock bands. From Willie Nelson to Bruce Springsteen and Jimi Hendrix to Joe Satriani and Richie Sambora – everybody uses guitar.

上一篇：Describe an important decision that you might have to make in the future.
下一篇：Describe your favourite news source.