首页 > 雅思口语提示卡 > Talk about a character from a movie or TV serial.

Talk about a character from a movie or TV serial. 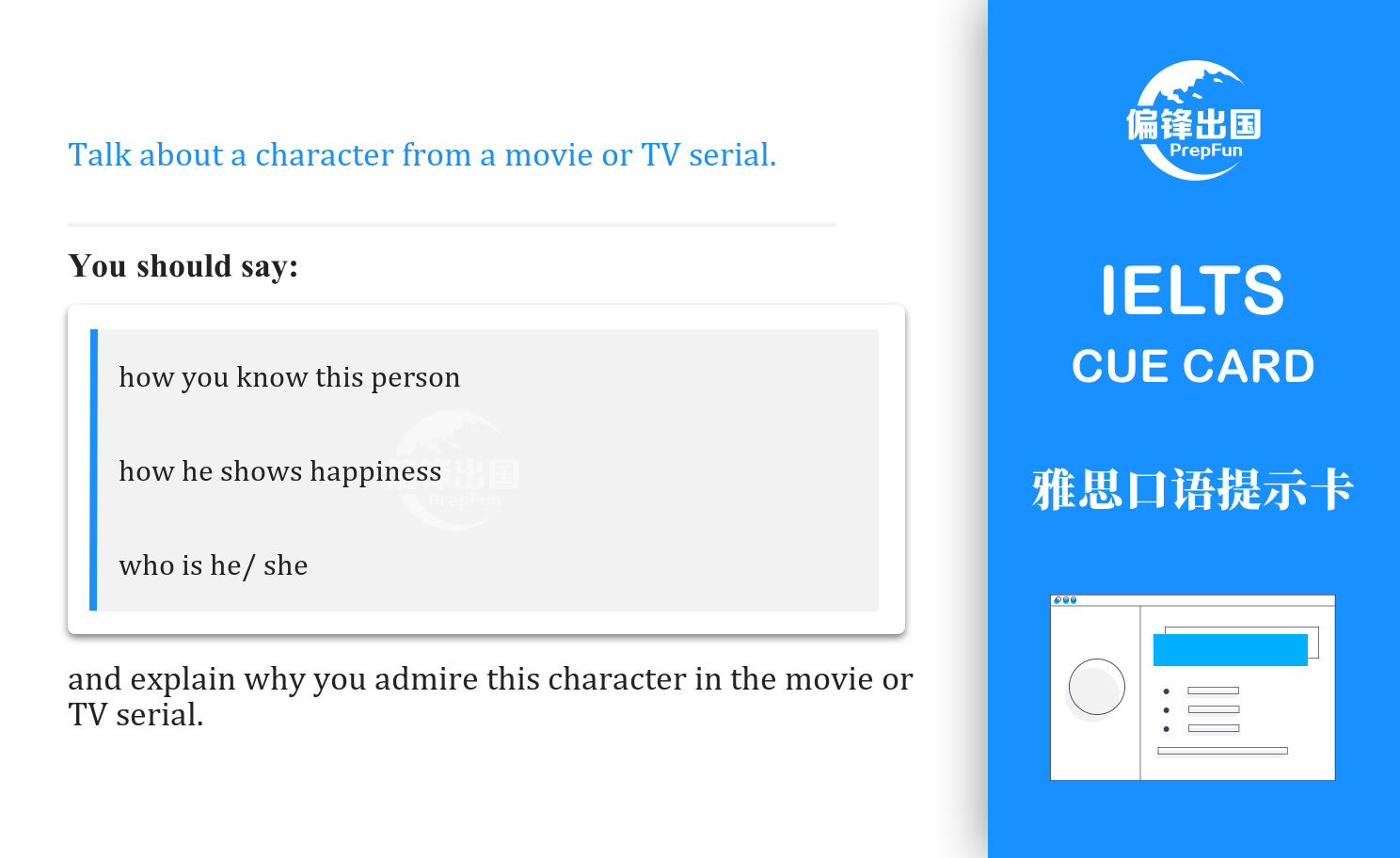 Talk about a character from a movie or TV serial.

and explain why you admire this character in the movie or TV serial.

This is such an interesting topic since I do like to analyse different characters in different movies, every time I watch a movie, just for the sake of having an argument or discussion with my friends over a cup of tea. Today, I would like to talk about one such character from a movie which I think is interesting.

The character, I would like to talk about, is “Forrest Gump” from “Forrest Gump” movie. So, as you can see, the movie name has been derived from this main character called Forrest Gump which is played by Hollywood actor Tom Hanks.

In this movie, Forrest Gump is featured in the whole movie, from start to finish, where he is shown to be a person with low IQ and joining the army. However, even though, he is a very simple-minded man, he goes on to live a life which is full of adventures. But, no matter, how adventurous of a life he lives, he just can’t forget about his school time sweetheart – a troubled girl who becomes very sick with some unknown but terminal illness. But, in spite of knowing all these things, Forrest Gump marries her, only to see her dying just after six months of their marriage.

Anyway, I think the character Forrest Gump performed superbly since it very successfully keeps us anticipating about what is going to happen in the next moment as we keep watching the movie. The way the character talks, runs and deals with his life – all seem to be so natural.

Anyway, I admire this character because it goes to show very nicely that just because someone doesn’t seem to be as “smart” as others, it doesn’t necessarily mean that he or she won’t be able to live or enjoy his life. Besides, it also successfully manages to portray himself as a “fighter” even though people around him are so full of negativities. Finally, I admire this character also because it beautifully reveals the loving and touching details of human life, as well as the sense of belongingness, without which, it is very difficult to find our life worth living.

上一篇：Describe the happiest person you know.
下一篇：Describe what you like to wear on special occasions.