首页 > 雅思口语提示卡 > Talk about something you or someone you know collects.

Talk about something you or someone you know collects. 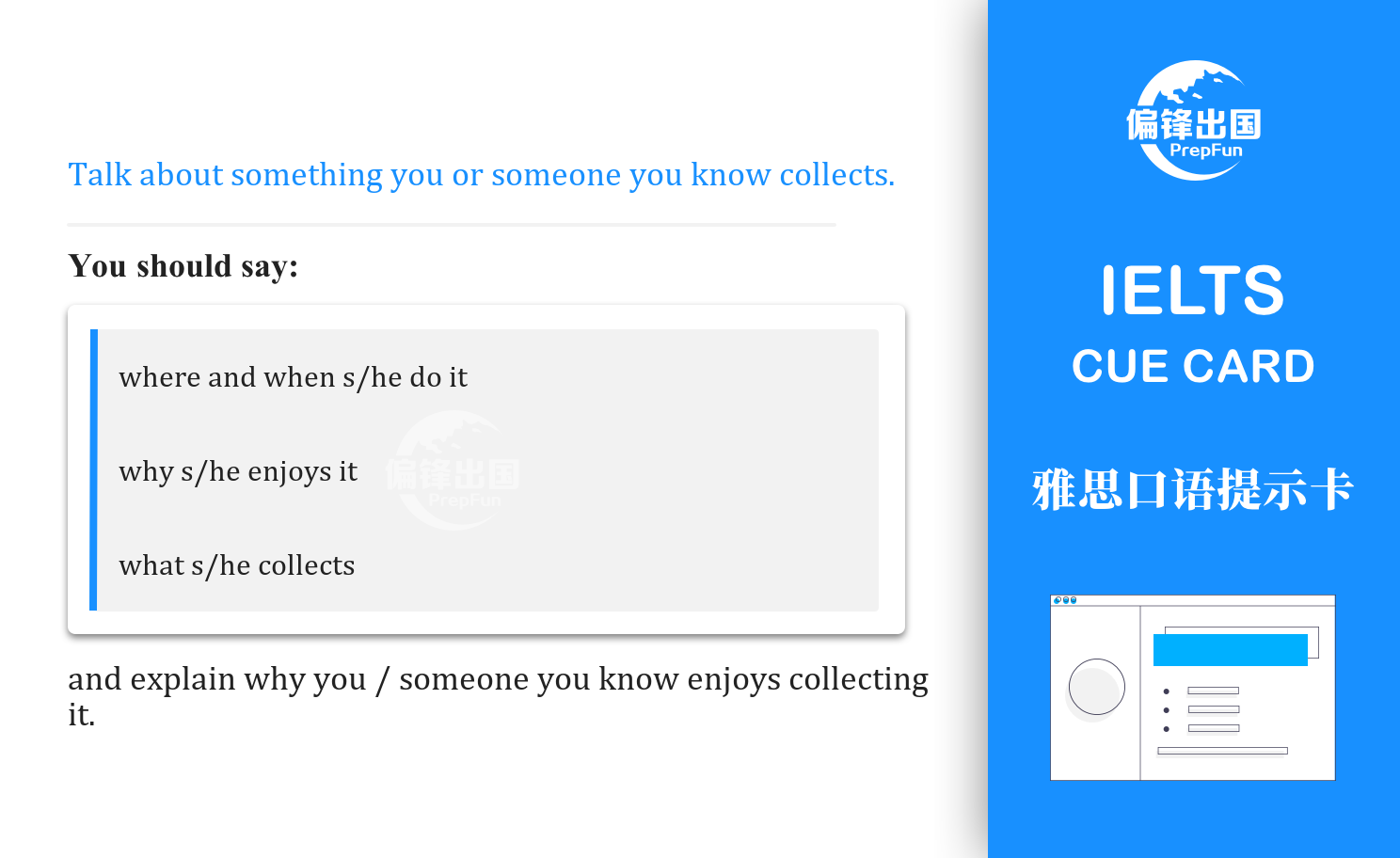 Talk about something you or someone you know collects.

and explain why you / someone you know enjoys collecting it.

I would like to talk about an interesting hobby that one of my friends has. The name of this friend is (…say a name…) and he collects coins and notes of different countries and to my surprise, he has already collected more than five thousand coins and currencies of more than 100 countries. Many of those currencies are no longer in use and they have become the antique pieces.

As far as I know, he is collecting the coins and currency notes for more than a decade. I still remember him telling stories about how he has managed to collect a coin of 200 years old from his visit to an antique shop. The passion for collecting coins and notes grew in him when he was a student of high school. As he had a good collection, we all knew about him. A few years ago, there was an exhibition in our city and his coins and notes were exhibited in a gallery room.

I am not pretty much sure how he collects those currencies and notes but I have heard sometimes that he had to travel far away to participate in auctions in order to collect coins. Last time saw his collection, those were all stored in a notebook like albums and he had made an index in order to arrange those coins based on their origins.

Collecting something is a passion and has some educational values as well. I am sure this friend of mine is really passionate about collecting the coins and notes from different ages and countries. He must be very enthusiastic to collect those.