首页 > 雅思口语提示卡 > Describe a friend you had as a child/ teenager.

Describe a friend you had as a child/ teenager. 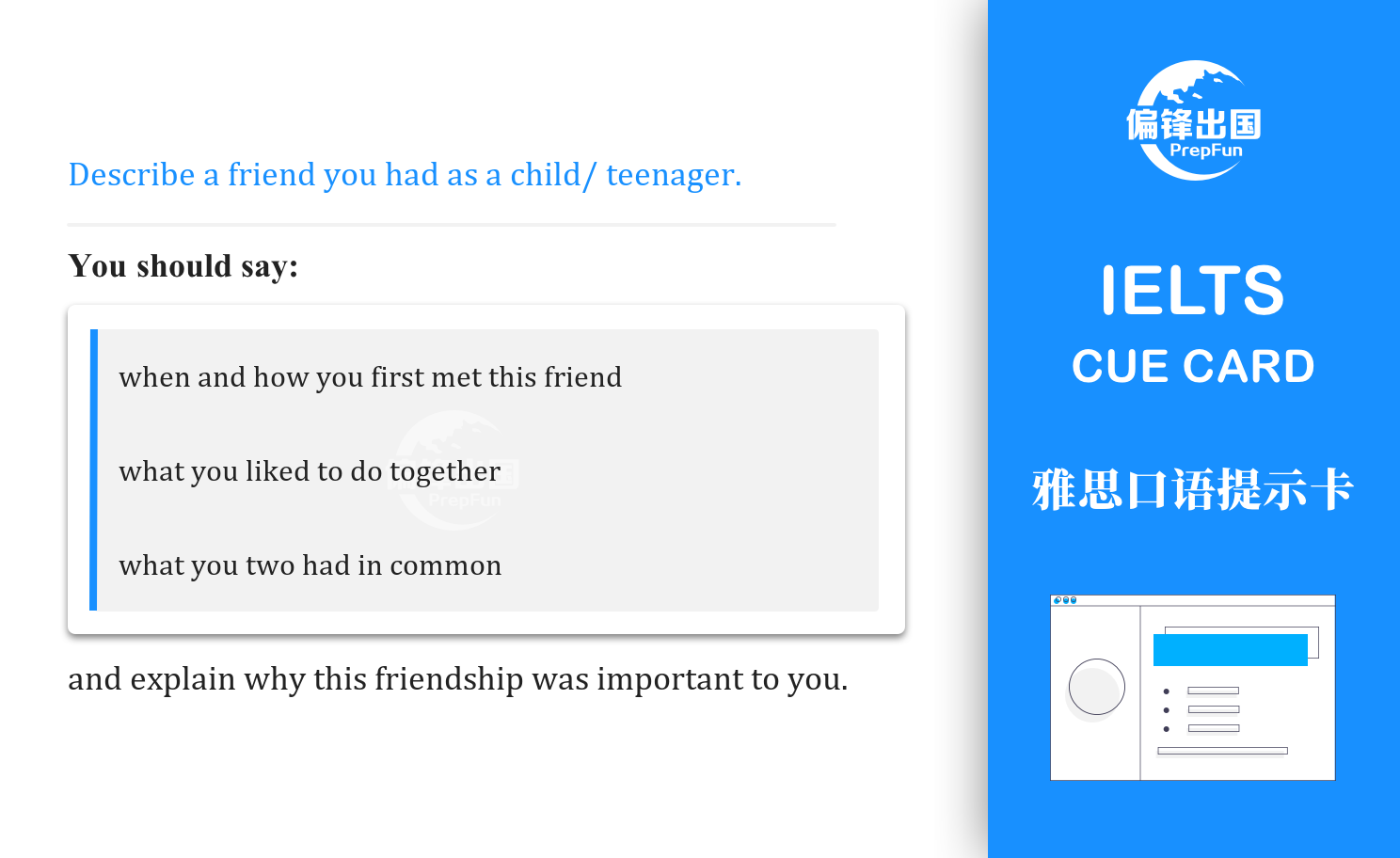 Describe a friend you had as a child/ teenager.

and explain why this friendship was important to you.

I have been lucky to have many friends, especially, when I was growing up as a teenager as well as when became an adult. While I always cherish the friendship of all of those friends, who I met, I would like to mention specifically about one of them who was a great friend of mine as a teenager.

His name was Mesbah Bhatia, and I met him for the first time during a friendly football match between two local teams in our locality when I was still a high school student about 10 years ago.

I think that his parents had just moved into our locality rather recently during that time, and he didn’t know too many people or friends to feel that he also belonged there. So, when we requested him to play for our team because one of our team members needed to leave the playground for some family reasons, he gladly agreed. Anyway, Mesbah was a friendly fellow, and later on, I also came to know that he was attending the same class as me, but he was going to a different high school. After playing a few football matches together, we soon became good friends of each other.

Since we both were the same age, we both pretty much liked and cared for the same things. For example, he liked to ride his bicycle and so did I. Mesbah even liked to eat the same type of grilled fish like me. Of course, there were some significant differences between us also. For example, he was afraid of water but I wasn’t. Anyway, we liked to do a lot of things together, but we probably enjoyed watching action movies and shopping together the most.

Anyway, this friendship was important to me as he would always encourage me to study harder. It was also important to me because I could trust him with anything. Finally, Mesbah was a helpful person, and he would never hesitate to help me with my homework, even when he was busy with his own.

上一篇：Describe someone who has had an important influence in your life.
下一篇：Describe a useful website you have visited and liked.