首页 > 雅思口语提示卡 > Describe the most polite person you know.

Describe the most polite person you know. 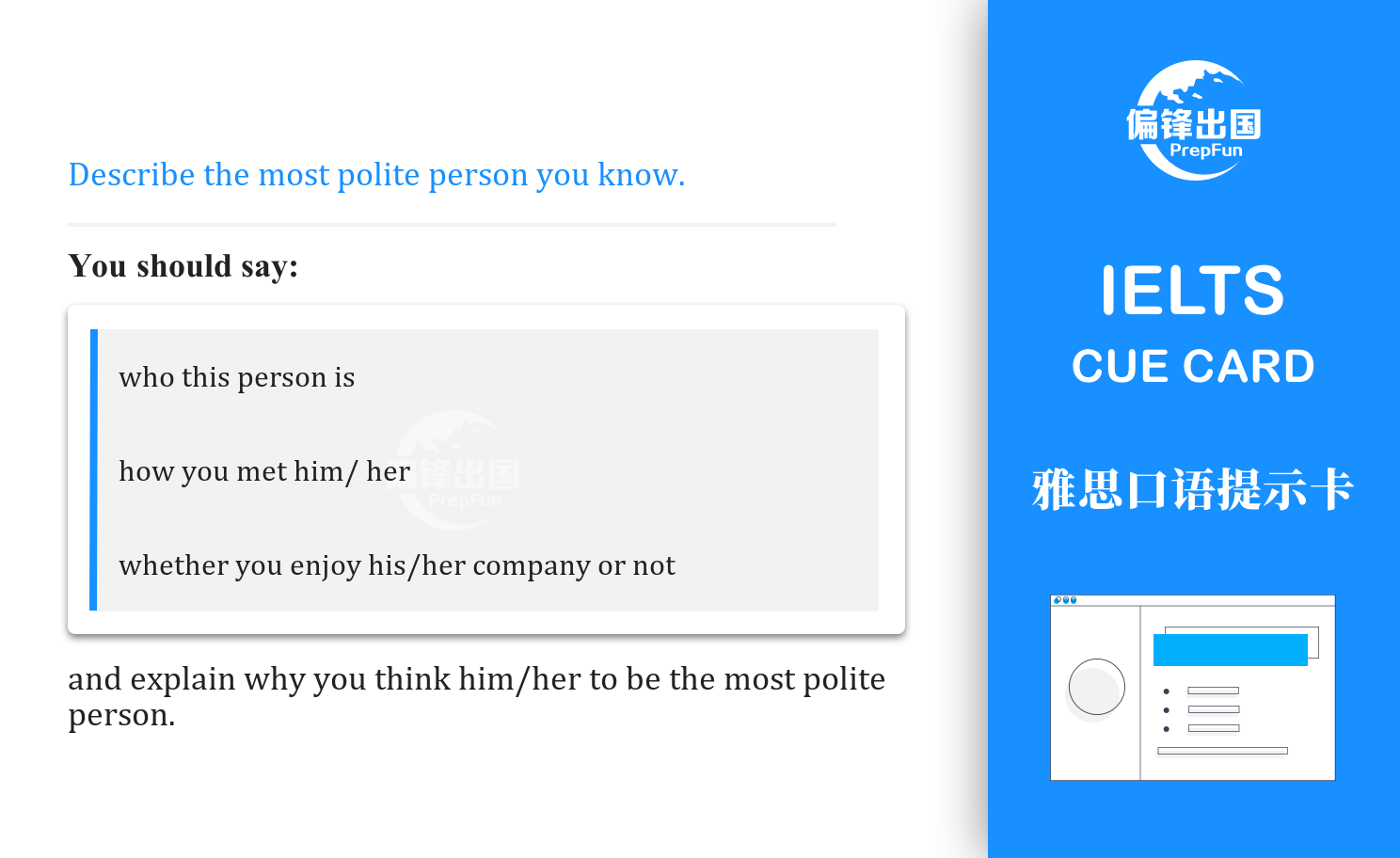 Describe the most polite person you know.

and explain why you think him/her to be the most polite person.

This is such an interesting topic. In fact, I have met a number of polite persons in my life, and picking just one of them as the most polite person is not going to be an easy thing. But I will still go ahead and do that while also hoping at the same time that the others, I know as really polite persons, never hear this conversation! After all, I don’t want the rest to think that I don’t consider them as very polite persons!

Anyway, the person, I want to talk about, was one of my former co-workers. His name was Sheikh Walid. I met Walid for the first time when he was introduced to us formally by our Senior Manager at my office. He joined in the same finance department as me as a Senior Budget Controlling Officer. Anyway, after starting working Walid, I noticed that he would never talk to me or any of his fellow workers without taking our permissions first. Initially, we found this particular habit of his to be a bit awkward, but as time progressed, we all realized that he was a polite person in nature.

In fact, I had never seen him eating his lunch without asking us to share his food with us first. He used to respect his Senior Manager as some “god” figures. In fact, he was so mild-mannered that even our Managing Director would never reprimand Walid because of work-related reasons. By the way, I enjoyed the company of Walid, as long as he was working with us, simply because he would never complain about anything even when he had ample amount of reasons to do so.

I think that Walid was the most polite person, I have ever met because he not only greeted us first but also treated our families just like his own. Besides, the fact that he would never interrupt another person from expressing his or her opinion, even when the person was simply espousing hatred, went to show what kind of polite person Walid really was.

上一篇：Describe an interesting place that you know which is open to the public.
下一篇：Describe someone who has had an important influence in your life.