首页 > 雅思口语提示卡 > Describe a situation that angered you the most.

Describe a situation that angered you the most. 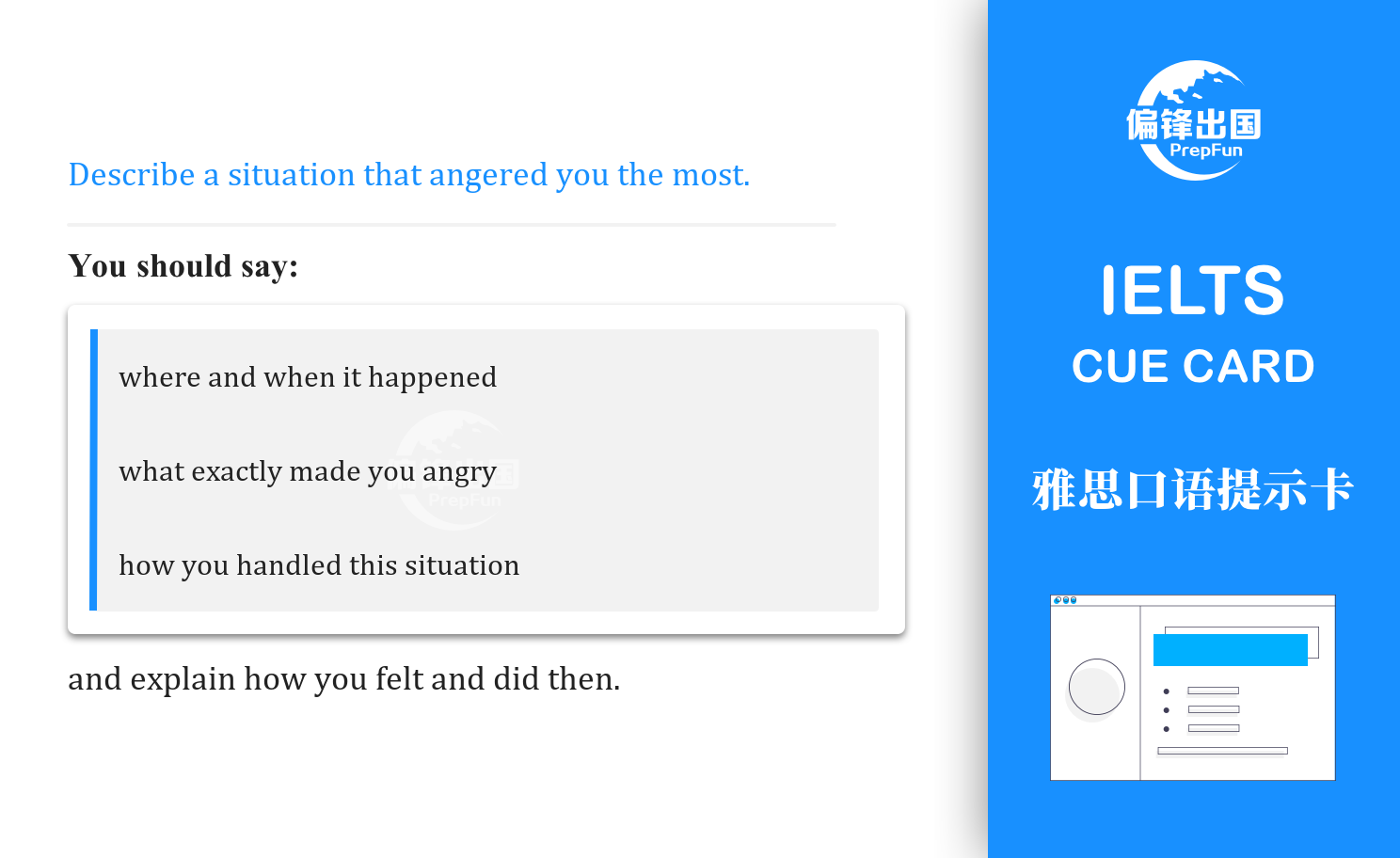 Describe a situation that angered you the most.

and explain how you felt and did then.

I try not to get angry even if I have a very valid reason for it because I feel that getting angry doesn’t exactly solve our problems. But, I am only a human, and I also get mad and angry sometimes just like I did about a couple of years ago. Here is how the story goes:-

A couple of years ago, my younger sister had just finished building her new home, so she naturally wanted everything to be new in her newly-built home. Anyway, after buying pretty much all the items for her house, it was time for us to buy a nice looking and modern oven for her kitchen that had all kinds of features and options. But, unfortunately, we couldn’t find anything like her preference at the stores of our hometown. So, we decided to visit some other stores in a different city. Luckily, we got exactly what we were looking for from one of the stores there, so we told them to get one from their warehouse and pack it for us. But, after opening the oven box at home, we found out that the oven was little bigger in size than what we had ordered for, as it wouldn’t fit properly in the kitchen cabinet of my sister’s kitchen. Apparently, they made a mistake. So, I immediately called them about the mistake, but instead of trying to find a remedy for the situation, the manager told me that it was us who gave them the wrong size. Needless to say, the response from the manager made me really angry. Then I realized that if we didn’t get a proper size oven, we could simply get a larger and separate cabinet to fit it in.

Anyway, after feeling angry and exchanging harsh words with the manager, I felt that I shouldn’t have behaved like that because we didn’t care to check the size of our product ourselves either, after all, before bringing to home. I also called the manager back little later and politely requested him to check the order of their customers with a bit more care.