首页 > 雅思口语提示卡 > Describe a plant, vegetable or crop that you are familiar with.

Describe a plant, vegetable or crop that you are familiar with. 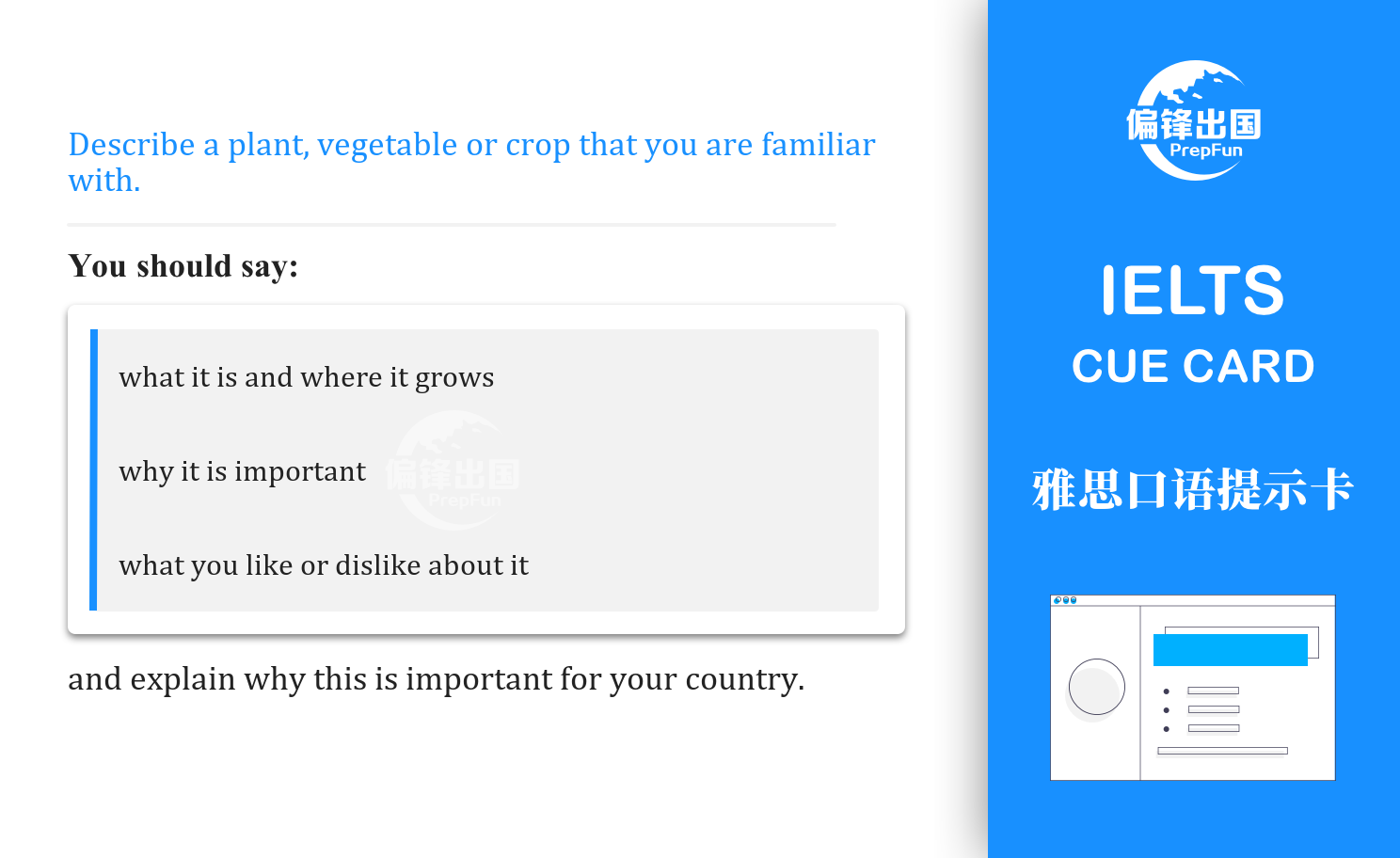 Describe a plant, vegetable or crop that you are familiar with.

and explain why this is important for your country.

My country has predominantly been an agricultural country even though, in recent times, industrialization has made its way in many parts. So, it is fair to say that I am more than familiar with a few crops that are grown in my country, and paddy/rice is one of them.

Talking about rice, this particular crop is pretty popular throughout the whole continent of Asia where the majority of its people eat rice as their main food.

By the way, rice is regarded as the first cultivated crop of Asia. In fact, preserved rice grains were found in China around 3000 B.C.  Apart from Asian countries, rice is also grown to some extent in Africa, the Caribbean and Latin American countries, Australia and Europe. Rice cultivation is well-suited to countries and regions with low labour costs and high rainfall, as it is labour-intensive to cultivate and requires ample water. However, rice can be grown practically anywhere, even on a steep hill or mountain area with the use of water-controlling terrace systems.

But, before anything, one needs proper seedling of suitable varieties of rice, which suit the environment, in order to cultivate rice. Once the seedlings are grown at a certain height, they are then planted on the soil after preparing it by ploughing and harrowing it properly.

Anyway, I like everything about this particular crop because it has lots of usages. Needless to say, when rice is grown, their green look renders the landscape of my country so beautiful that one just would keep looking at it while the wind moves them gently. Besides, they look stunningly beautiful when the paddy sheaf become gold and ready for harvesting.

上一篇：Describe people you know who you believe are good parents.
下一篇：Describe a film/movie you have never watched but would like to watch.