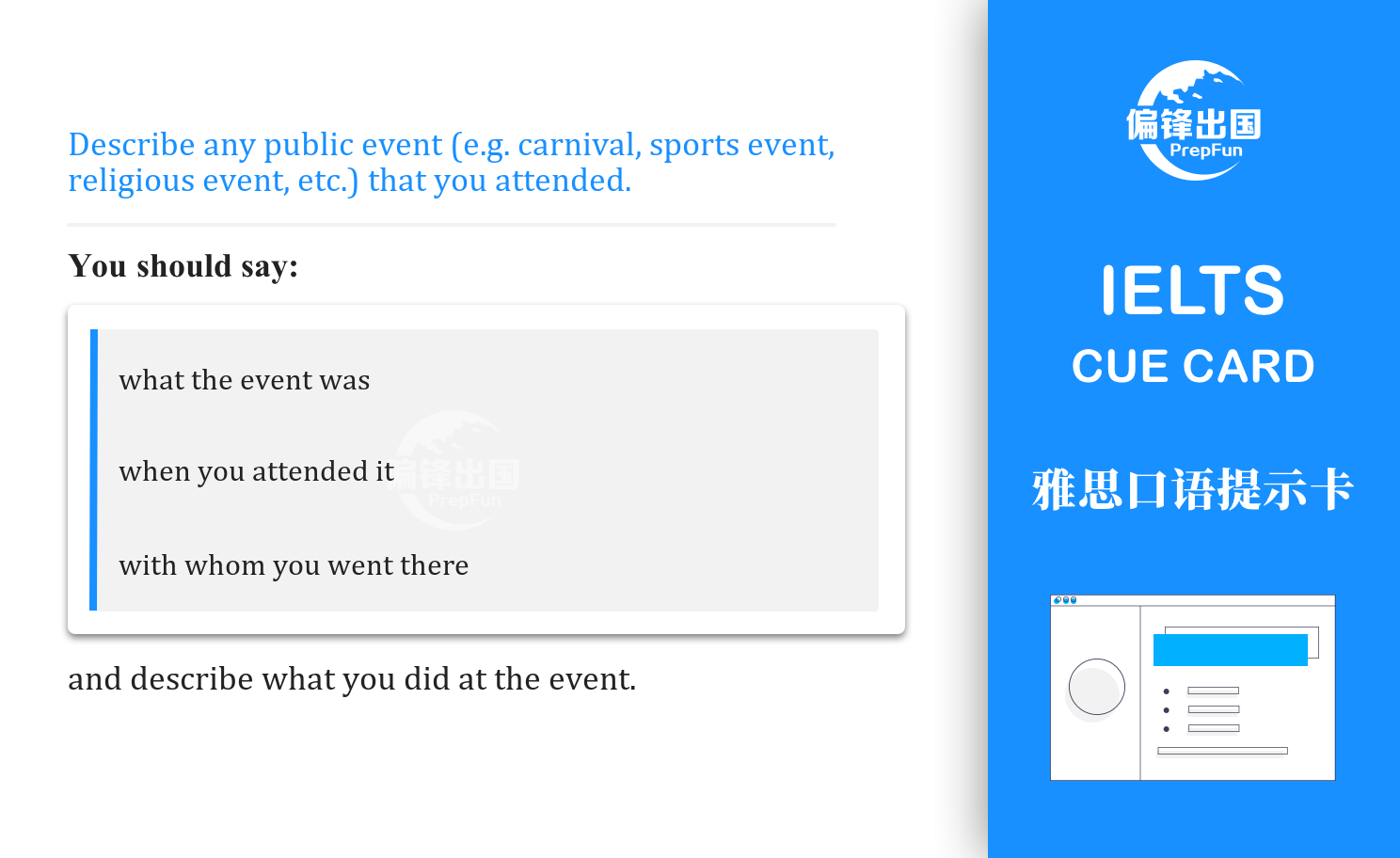 and describe what you did at the event.

This is an interesting topic for me because I have attended several public events before, and I must say that I have enjoyed almost all of them. So, today, I would like to talk about an event, which I attended about 6 years ago, in order to raise some funds for the flood victims of my country.

As I just mentioned earlier, it was a fundraising event, and I really felt very passionate about it as I also wanted to become a part of the noble effort. In fact, a significant part of my country was flooded in that year because of heavy monsoon rain as well as for some other man-made factors. Anyway, so when some of my friends asked me to attend the fundraising event, I immediately agreed.

Initially, I didn’t think that so many people would be attending the event because of significant damage in the road and transportation system of that part of my country, where I lived, but I was proved to be wrong because thousands of people attended the event with all kinds of material helps and support. By the way, the organizers of the event held a public concert, which included some of the famous bands and singers of my country, and theatrical display of the sufferings and miseries of the people who were badly affected by the flood. At the event, a keynote speaker, who also happened to be a prominent social worker and member of parliament of my country, gave us an account of damage and destruction in my country, caused by one of the devastating floods in the history of my country.

Anyway, as for what I did at the event, I already collected some dry food and clothes, before coming to the event, so that the people, in charge of collecting the relief funds there, could distribute them among the affected people. Besides, since there were not enough volunteer there to take care of such a large gathering, I helped the event organizers to clean up the mess, like trash and food wastes, after it was over.

上一篇：Describe a game or sport you have participated in.
下一篇：Describe an interesting animal you know about.