首页 > 雅思口语提示卡 > Describe a game or sport you have participated in.

Describe a game or sport you have participated in. 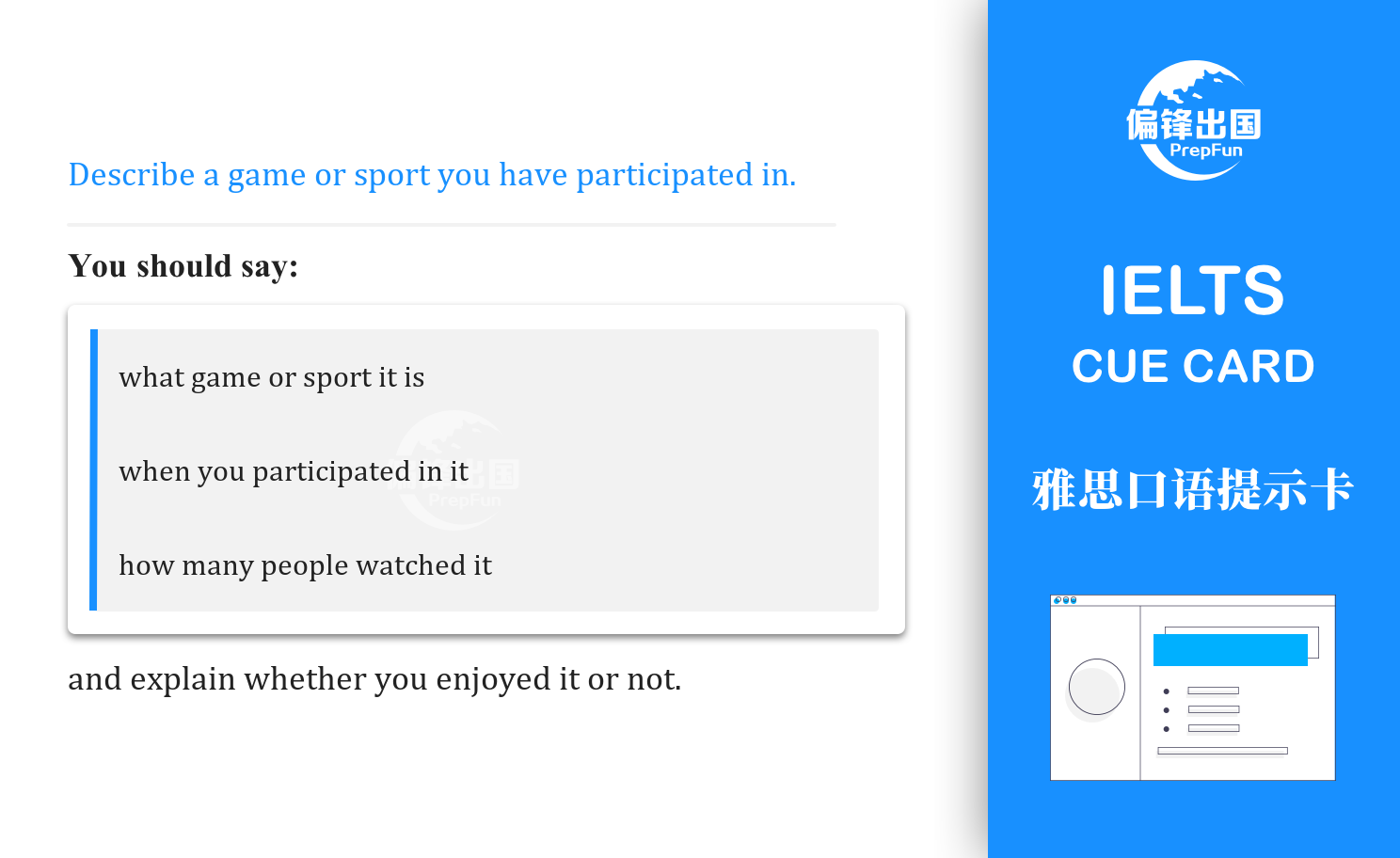 Describe a game or sport you have participated in.

and explain whether you enjoyed it or not.

I am a great fan of “cricket”. In fact, I used to take part in different club level cricket matches as a college student. Later on, of course, I got busy in the professional world and, as a result, I couldn’t quite pay attention to cricket in the way I would have loved to, but the appeal of this great sport never got diminished to me. So, when I got an opportunity to play that sport again about a couple of years ago, I didn’t hesitate to hit the field.

It was a club-level match between two old clubs in my hometown, and I used to play for one of these two clubs when I was a college student. The captain of my team, which included 11 players altogether, told me that I would primarily play in the team as a specialist batsman. I could bowl a little as well, but my captain didn’t really need my help in that department since there were way better bowlers than me in the team.

Anyway, it was a weekend, and so, I would say that a reasonably fair number of spectators, as many as 500 of them, came to the field to watch the game. The game started at around 10:00 am and continued till 6:00 pm in the afternoon since it was 50 overs match. By the way, my team chose to bat first after winning the toss, and we amassed well over 270 runs. Needless to say, we won the match since our opponent team couldn’t even get close to the runs my team had got on the scorecard.

Anyway, I enjoyed the game a lot since my team won the match. Of course, I didn’t do that well in the match, but still, it was a great experience as it helped me to get together with some of my old friends and co-teammates. Besides, it also brought back some confidence in me, as far as my physical ability was concerned, which I thought I had lost because of not playing the sport for a long time.

上一篇：Describe a thing that has become a fashion or a matter of status nowadays.
下一篇：Describe any public event (e.g. carnival, sports event, religious event, etc.) that you attended.