首页 > 雅思口语提示卡 > Describe an annoying neighbour who lives in your community.

Describe an annoying neighbour who lives in your community. 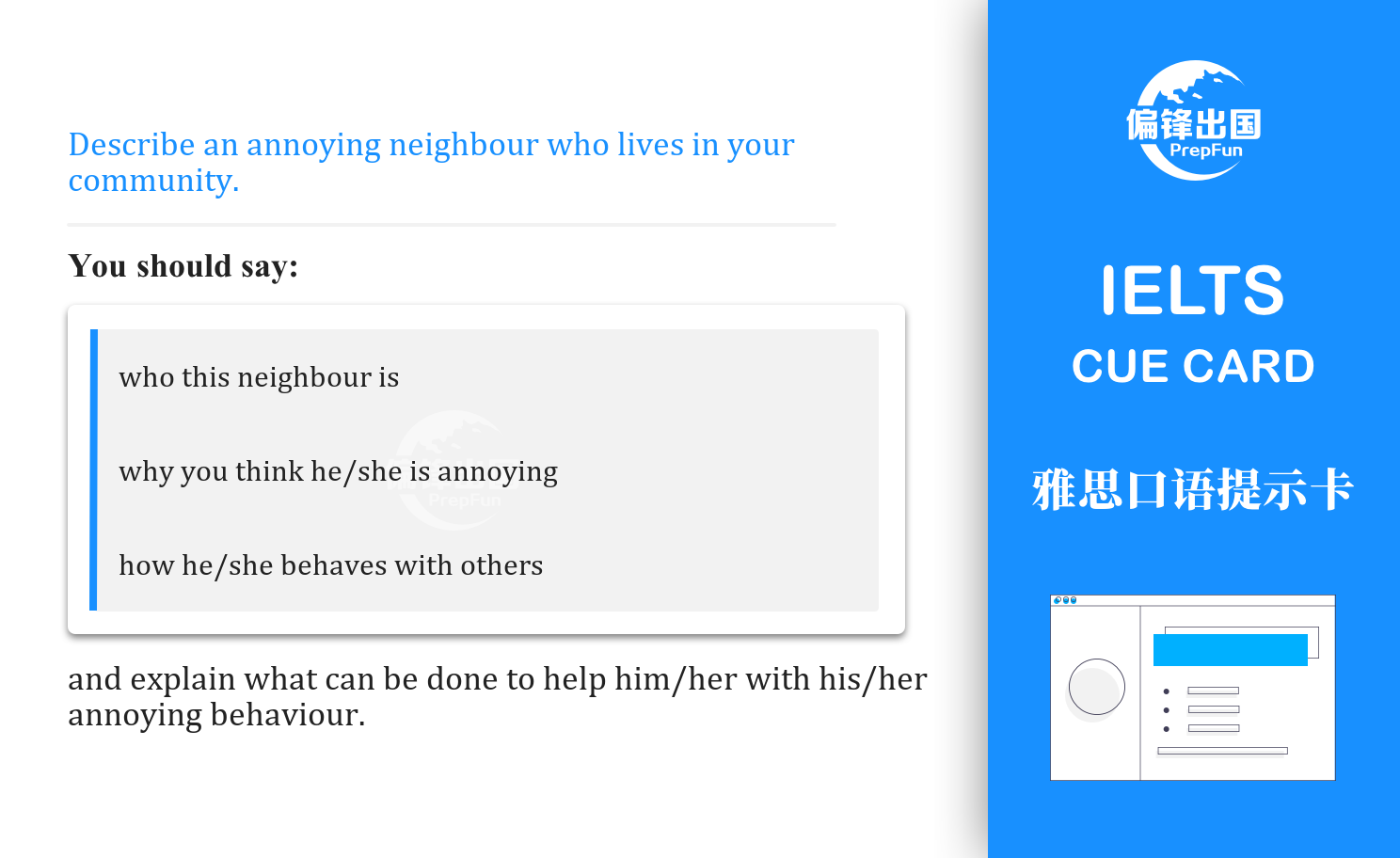 Describe an annoying neighbour who lives in your community.

and explain what can be done to help him/her with his/her annoying behaviour.

This is such a challenging topic for me because among a few things, which I really dislike to do, is to tell negative things about people around me, be them my neighbour or some mere acquaintances.  But, that doesn’t necessarily mean that I didn’t have to deal with some annoying neighbours at some points of my life, and today I would like to talk about one such neighbour who I wish was a bit less annoying at times.

Anyway, the irritating neighbour, I am talking about, is a businessman, and a successful one in that, who likes to travel to different parts of my country rather frequently for business purpose.  Nobody should find any issue with such a hard-working and successful businessman as his or her neighbour except, of course, the neighbour continuously keeps boasting about his business success while demeaning or belittling his neighbours at every opportunity because of their professions or beliefs.  For example, he didn’t like my teaching profession because he thought that the only PhD degree holders, which I wasn’t, should get the opportunity to teach students.  Now, I understand that he was a very authoritative person, but that doesn’t necessarily mean that he could shout at his subordinates and insult them in front of others because of some petty mistakes.

Besides, he also thought that it was his “birth-right” to park his large wagon sometimes anywhere in our neighbourhood even if it was blocking the passage or exit route of his neighbours.  Anyway, I am not too sure as to why he is such an annoying person, but I guess that it must have to do with growing up in a rough neighbourhood with no proper guidance.

Of course, we can help him to change his annoying behaviour by engaging with him on a more regular basis, instead of actually avoiding him, and tell him how his behaviour hurts us.  We could also praise him more about his business success and ask about his health, family and well-being so that he understands that we actually care about him like some good neighbours.

下一篇：Describe a thing that has become a fashion or a matter of status nowadays.